In 2020, there was a combined revenue of $111 billion across both the Google Play Store and the iOS App Store. It’s undeniable how essential apps are to the everyday person. Mobile app development has come a long way in recent years. With the global population split between iOS and Android, it used to make the decision of which platform to choose very difficult. EarthWeb says 49% of Android users visit the Google Play Store daily, while 65% of app revenue came from the iOS App Store.

Traditionally mobile apps were developed using Native languages, specifically catered toward one platform or the other. Now with the addition of tools called Frameworks, a single code base can be used to develop both Android and iOS apps.

What is a Native App?

When an application is labeled as native it was specifically built for a single platform, utilizing the specified language. Native apps are typically faster, are known for their aesthetic UI, and ability to tap into device features.

What is a Cross Platform App?

Cross-platform apps are built using a tool (frameworks) that allows an application to work on several platforms. Our team uses React Native to build mobile and tablet apps for both iOS and Android devices. Cross-platform frameworks have come a long way in the past couple years. Tin the past, developers would have to sacrifice of quality, speed, and features… but no more.

The frameworks allow languages, like JavaScript in the case of React Native, access to the capability to call on ‘native’ or mobile device OS specific functions like push notifications, camera, and microphone usage, etc. Engineers can now create efficient and fast apps with a shared code base. To build an iOS and Android application with native languages two code bases would be required for both operating systems. Increasing workload, timeline, budget, and team size. 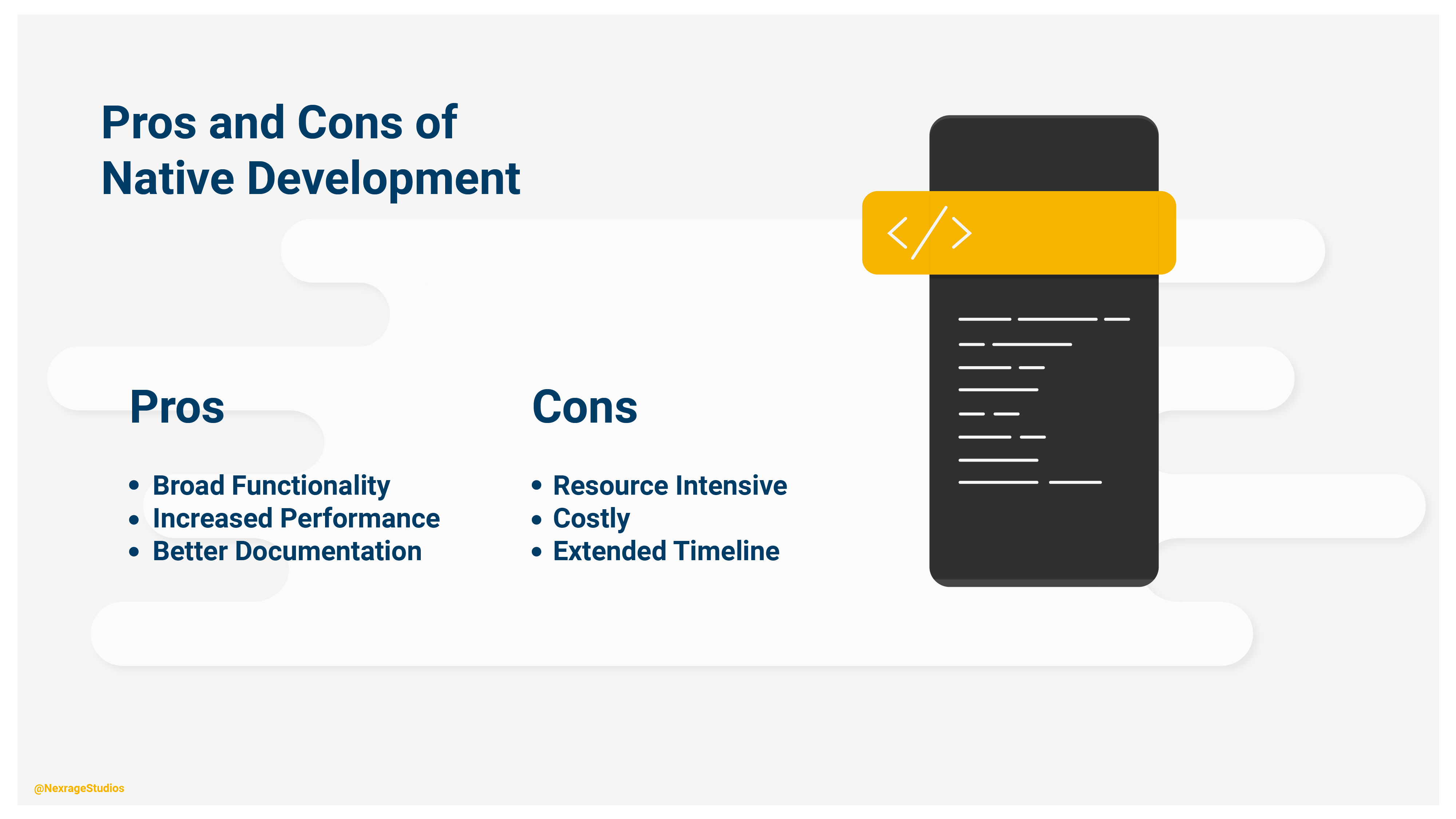 Pros and Cons of Native Apps

While they may seem superior on the surface, a majority of the time features aren’t the only thing that matter to a business. On average native apps are more costly, time consuming, and resource intensive. However, you’ll have access to APIs and other tools provided by the OS. 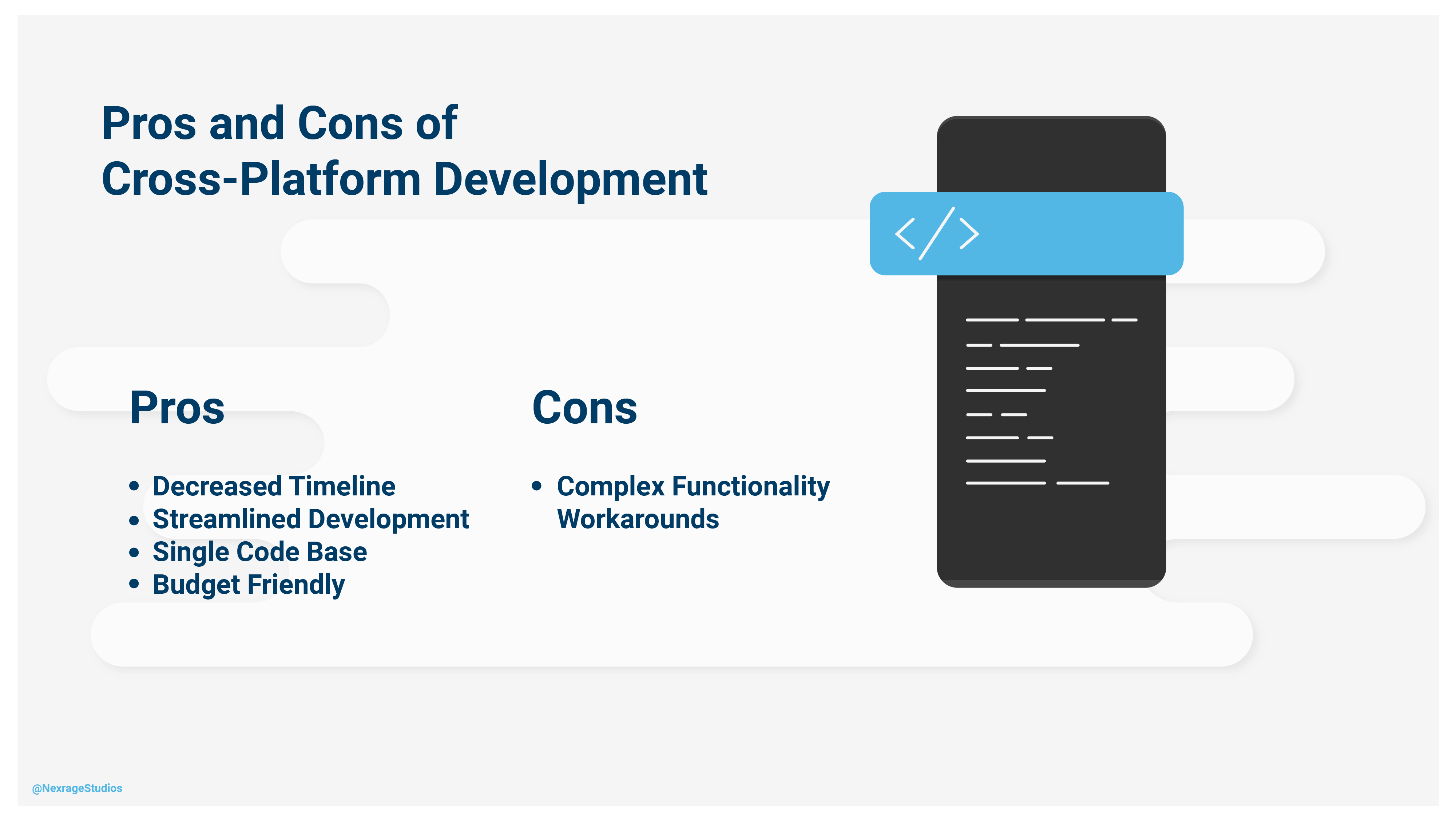 Pros and Cons of Cross Platform

With a single code base, cross-platform apps require less development time. One code base which is pushed twice to the separate platforms’ stores, ensures consistency in UI components and rapid updates to be pushed to both OS’s. Access to additional device audiences provides larger exposure to users and customers.

With the right team, a software engineer will be able to work with the tech stack to get the greatest benefit. From a business’ standpoint cross-platform apps are unrivaled. Meta (formerly Facebook) built React Native to rewrite the Facebook and Instagram app for both platforms simultaneously. Uber is following suit with “RIBs” (Router, Interactor, and Builder) to rewrite their driver app.

Our team has been work for the past 3 years building cross-platform compatible apps. Some of the apps include Artis IQ

As previously mentioned, React Native was built by Meta to improve their internal development of cross-platform applications. Released in 2016, it has quickly taken hold of the top downloaded apps list. Some of the most successful apps on both the Play Store and the App Store are Instagram, Facebook, Shopify, Pinterest, Tableau, Tesla, UberEATS, Words with Friends… the list goes on.

We’d recommend React Native primarily for e-commerce apps, lifestyle apps, and event centric apps. Other factors that go into selecting the development approach best suited for your business are budget, timeline, the type of audience and user base, complexity, and whether there are features requiring access to native features.

If your goal is to reach the maximum audience, you have a rapid timeline, and a decent but not massive budget, a cross platform mobile app is your best option.

There are a few major points to consider when deciding between a cross-platform app and a natively built app. How complex is your application? What’s your budget? What’s your timeline? If you already have a design in mind, how complex is it?

Our team of industry experts and project director will assist your team and help you understand your options and what would work best for your business.

Visit our contact page to receive a free quote on your React Native project.